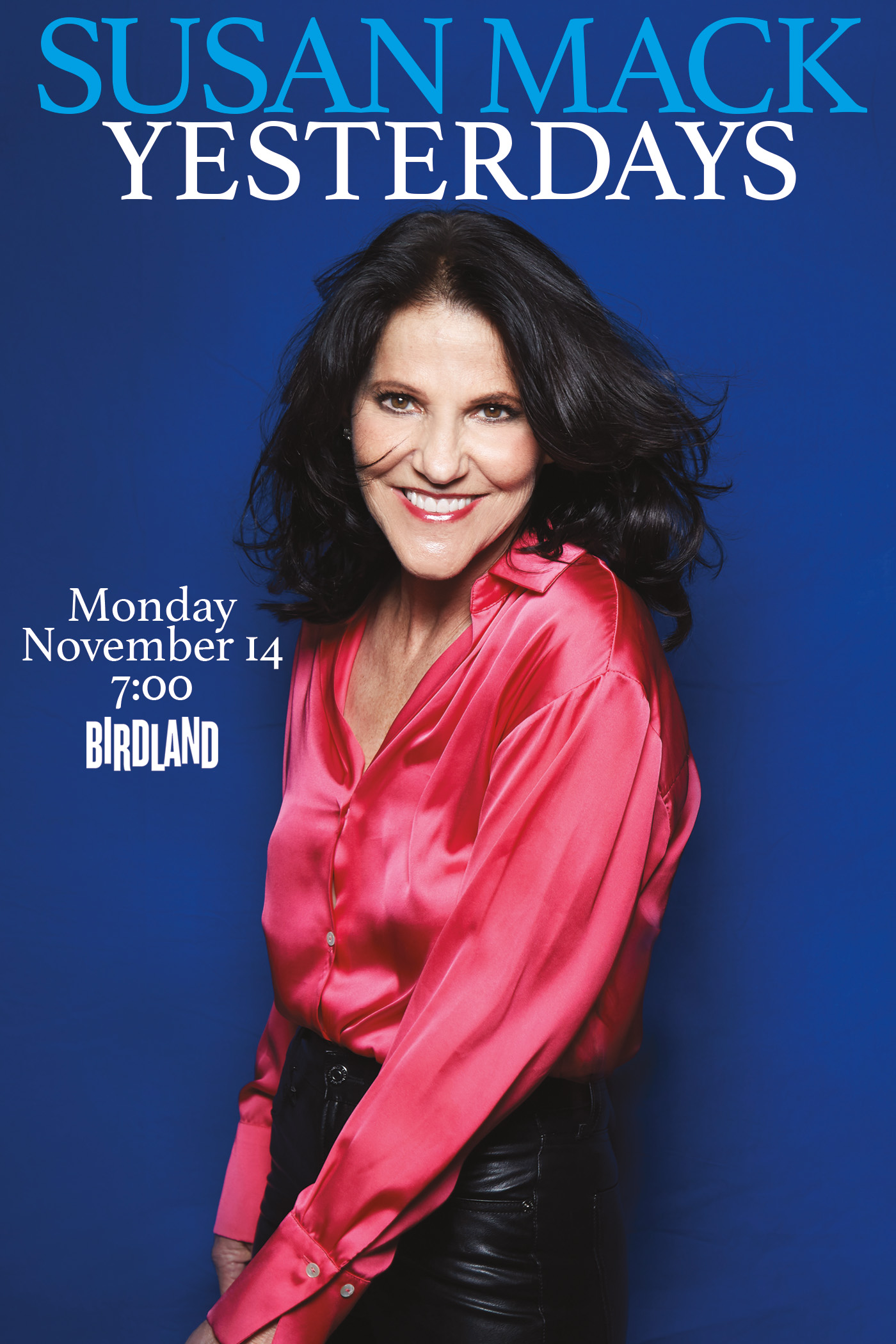 Following her recent sold-out performances, Susan Mack returns to Birdland to debut Yesterdays, a new show with a diverse, uplifting and timeless set of beloved Standards.  These songs of yesterday transcend the era in which they were created, and their messages and the emotions they elicit are still powerful, relatable and relevant today.

In Yesterdays, Susan performs selections from the Great American Songbook, including jazz standards and a tribute to Ella Fitzgerald. Composers include Jerome Kern, Duke Ellington, Chick Corea and The Beatles.

Susan loves digging into the history and the stories behind this music and its composers.  Although she wasn’t a fan of Social Studies during her school days, she now says, “If they had taught history through the lens of the Great American Songbook, I would have aced it!”

Vocalist Susan Mack is a native New Yorker with a lifelong passion for singing and performing. After a career in finance, she is thrilled to be back on center stage. Susan was nominated for Best Female Vocalist for the 2022 Annual MAC Awards.  Her 2018 debut show, “Nobody Else But Me”, directed by the legendary Marilyn Maye, was also nominated for a MAC Award for Best Female Debut.

Over the years, Susan has brought her unique combination of jazz and cabaret singing to performance venues around the country including Davenport’s of Chicago, The Jazz Cave in Nashville and New York’s most well-known clubs including Carnegie Hall.

“Her fine musical intelligence, so much talent, and love of performance make Susan Mack a joy to hear and to watch.” —– Marilyn Maye

“Possessing an incredible, impeccable voice with sultry, jazz overtones and a respect for the lyric, she is a beautiful class act.” —– Cabaret Hotspot