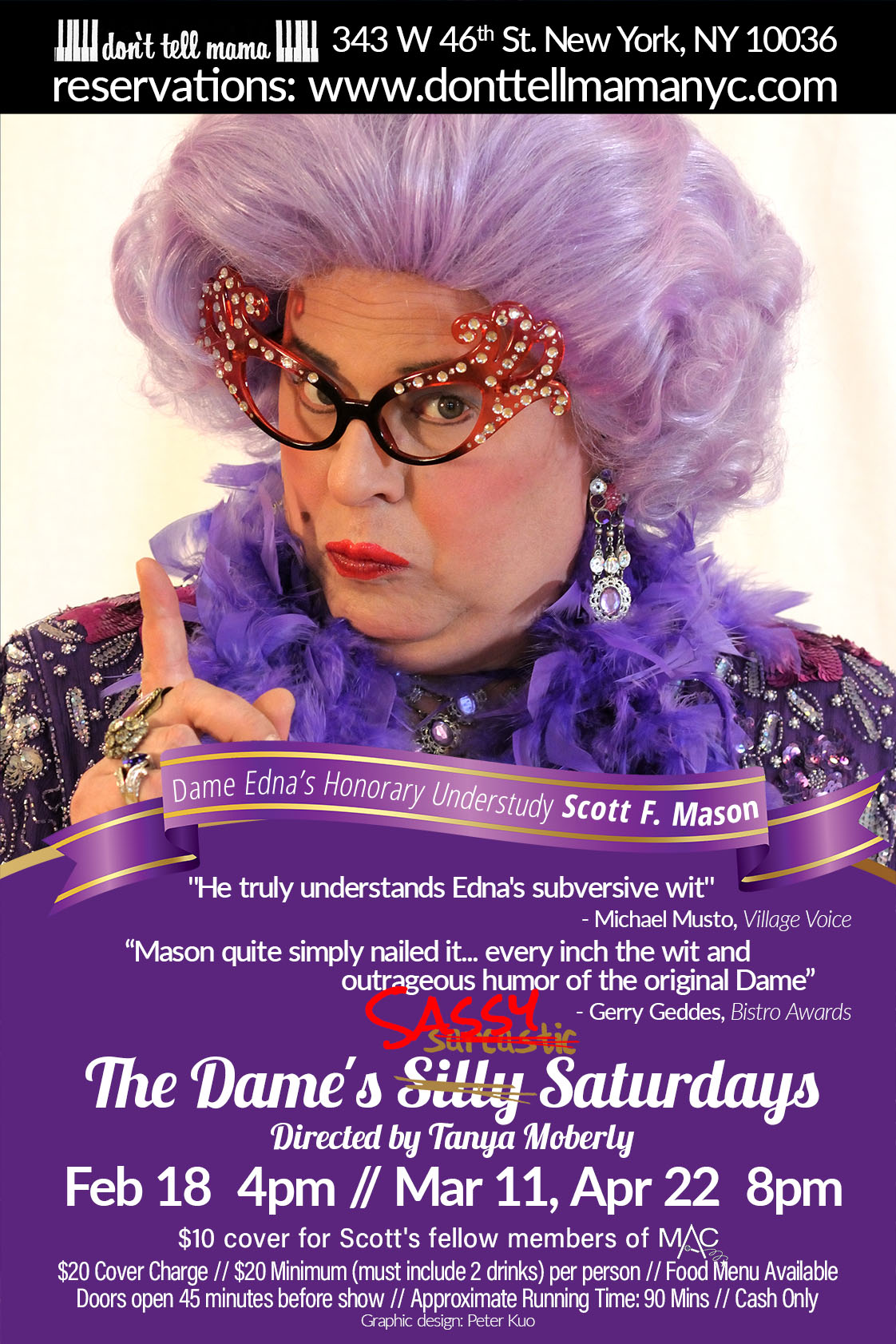 Dame Edna’s Award Winning Honorary Understudy, Scott F. Mason, brings the Dame back to Don’t Tell Mama for a series of Saturday shows directed by Tanya Moberly for the next 3 months. Bistro Awards critic Gerry Geddes raved about Mason’s Dame debut this past fall, “Remaining resolutely and brilliantly in character throughout the hour, this Dame Edna was a delight to those not familiar with the original, and a marvel to those of us who knew her well.  Since Barry Humphries has implied that his UK tour is of the farewell variety, it is great news for both fans and novices, that the style and glamour, and wit and outrageous humor of the original will live on in Scott F. Mason.  Catch him when he returns to New York City from Las Vegas as he reveals his own incredible talent while celebrating and honoring that of Dame Edna Everage.”