If Joe Allen’s Walls Could Sing & Other Hidden Gems 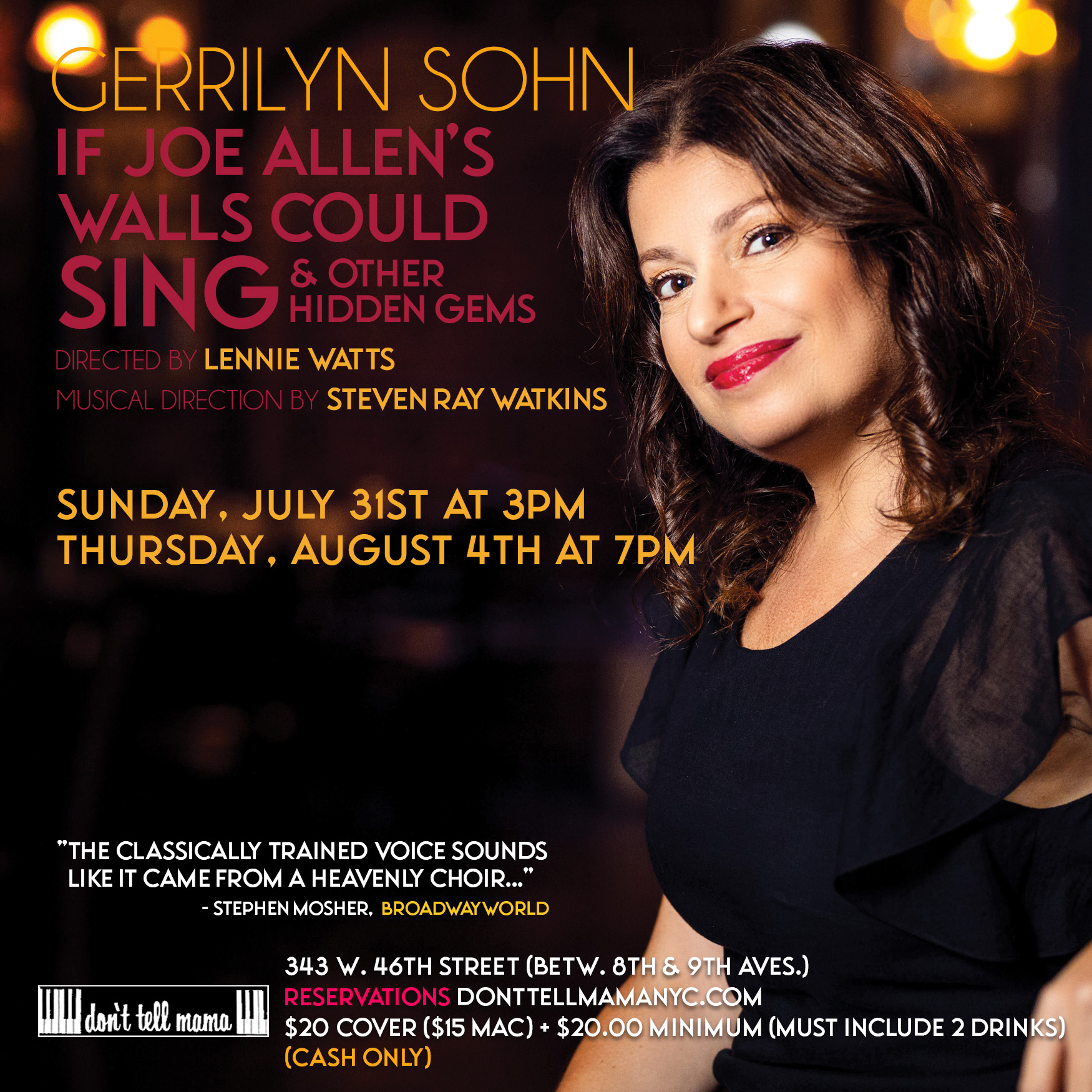 Joe Allen’s has been a favorite spot for theater folk and fans since 1965. On any given night you can spot some of Broadway’s brightest stars scattered throughout, but on the walls, you will find some of The Great White Way’s biggest flops. Gerrilyn Sohn will be paying tribute to some of these legendary theatrical misses. With music from “Merrily We Roll Along” and “Legs Diamond” (prominently featured on the wall) to other hidden gems from shows that should be on the wall, Gerrilyn proves that you can’t always judge a book by its cover, or a Broadway show by its critical success!

“This is a gal to watch…this gal can sing! Her sheer beauty of tone game me goosebumps!” – Sue Matsuki, Cabaret Hotspot

“The classically trained voice sounds like it came from a heavenly choir.” – Stephen Mosher, BroadwayWorld

“…an exquisite storyteller with a stunning voice that doesn’t insist on respect but ears your admiration with each subsequent note.” – Edward Medina, TheatreReview NYC