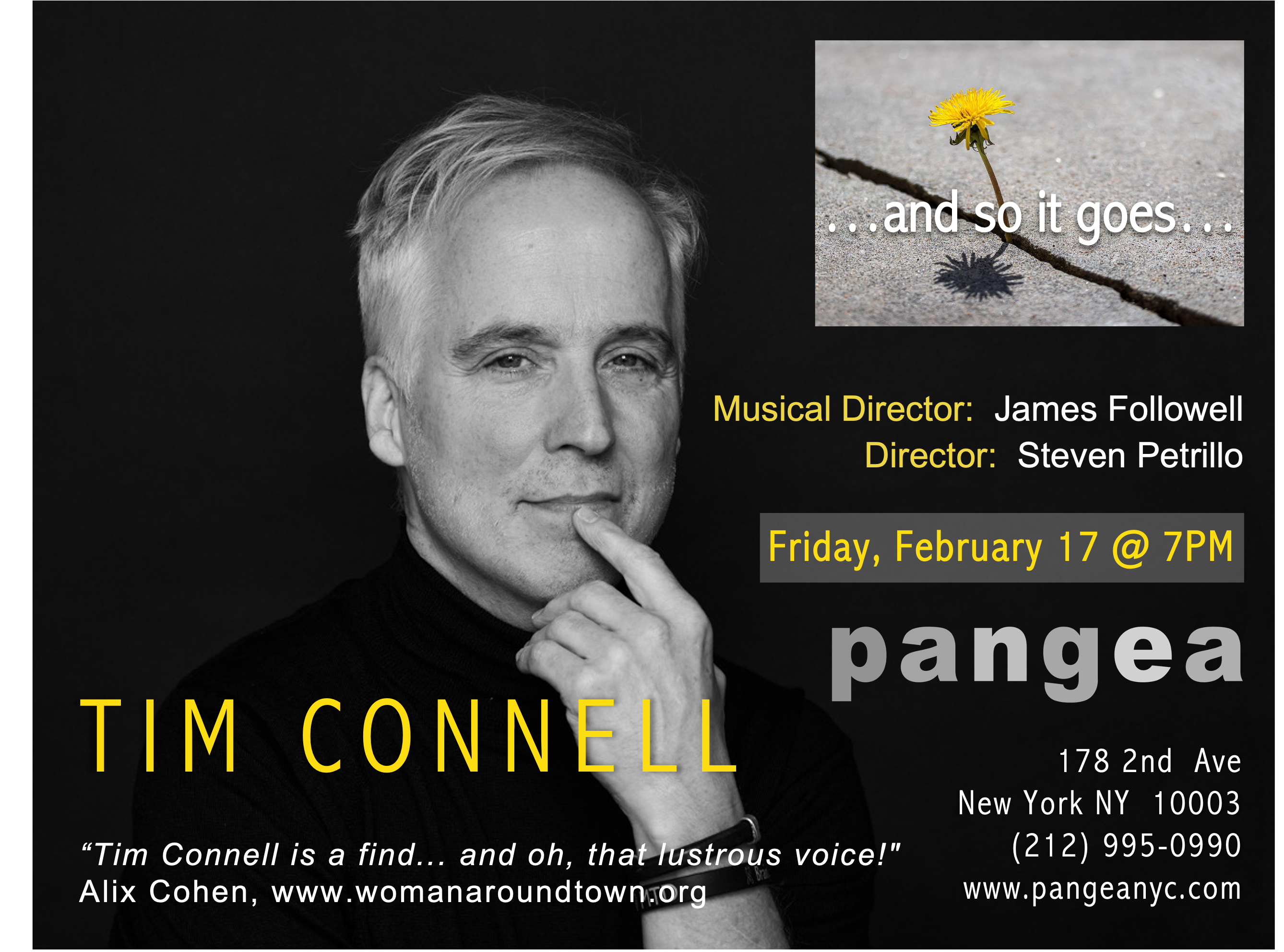 Tim Connell, returns to Pangea for an encore performance of “… and so it goes…”

Last December he debuted the show to two sold out houses and critical acclaim. Once again, he is joined with his longtime collaborator and invaluable Musical Director James Followell and guided by the deft eye of Director Steven Petrillo.

ALL MAC MEMBERS, $5 OFF TICKET PURCHASED ONLINE VIA THE LINK PROVIDED.

Bart Greenberg, of www.cabaretscenes.org, had this to say about the show: “The fine troubadour Tim Connell returned to Pangea for his third new show of the year. The fact that the room was packed with fans says a great deal about his talent and his warmth. Once again, he used his polished tenor and his fine enunciation plus his ability to find interesting songs that are not part of the usual cabaret catalog to build an interesting and entertaining evening.