They Call Me Cuban Pete, the music and genius of Desi Arnaz 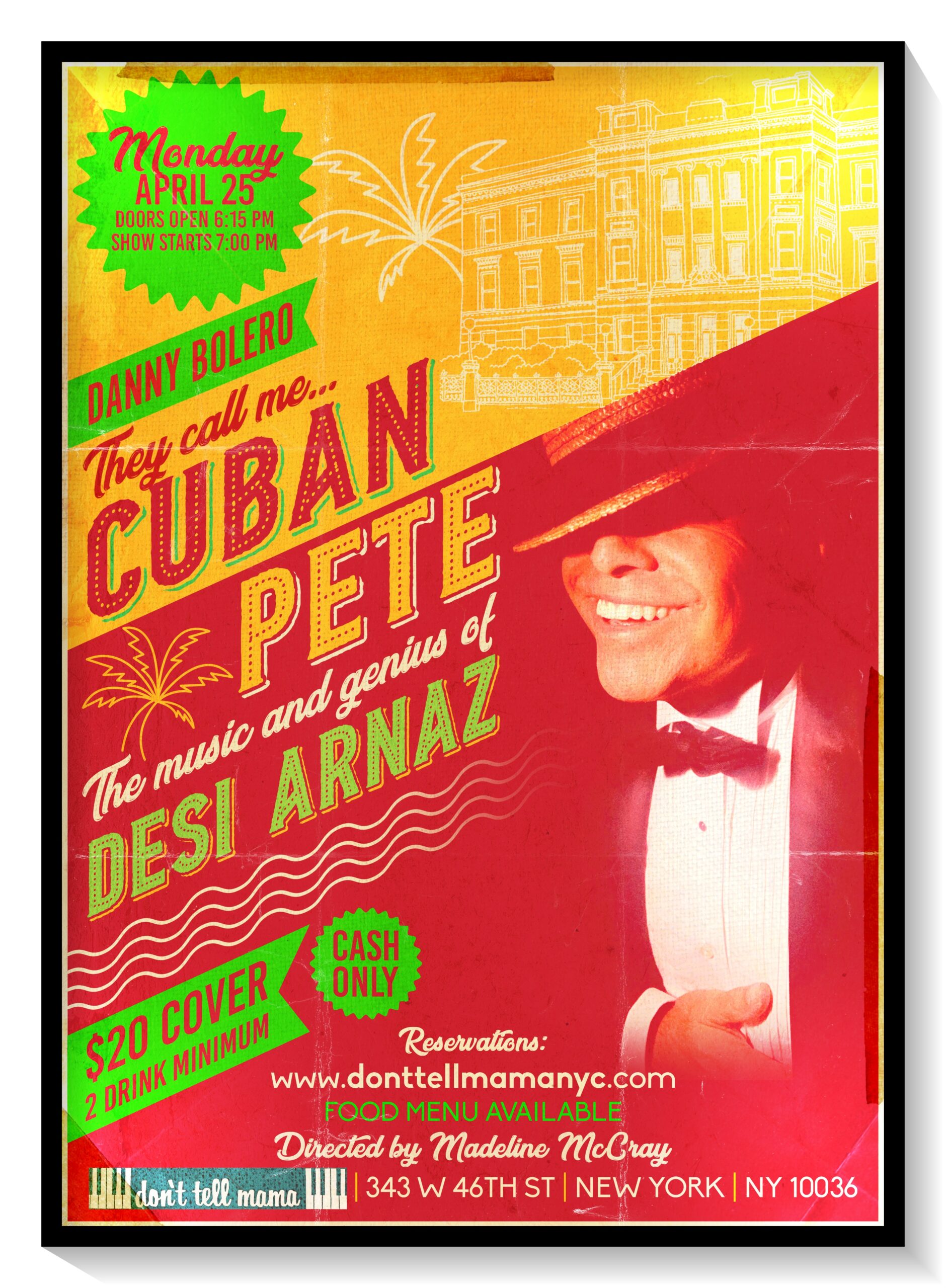 In 1934, the Arnaz Family (including a sixteen-year-old Desi) fled their home in Cuba and immigrated to the United States. But even at sixteen, it was clear that the young Arnaz had his eye on the prize.  He is mostly known for his work with his first wife, Lucille Ball on their show, I LOVE LUCY,  one of the most successful television shows in history.  In THEY CALL CUBAN PETE, we take a trip to New York’s fading La Conga Room and visit with the man who has been credited for revolutionizing the television industry.  As Desi, Broadway and film actor, Danny Bolero, (Plaza Suite, In the Heights, Joseph, and PBS kid’s Alma’s Way), has put together a collage of stories and songs that re-introduce this television trailblazer.  Directed by Madeline McCray, with Musical Direction by Drew Wutke, and featuring songs such as  Cuban Cabbie, the Straw Hat Song, El Cubanchero and They Call Me Cuban Pete and of course, I Love Lucy.