The Zen of Show Tunes 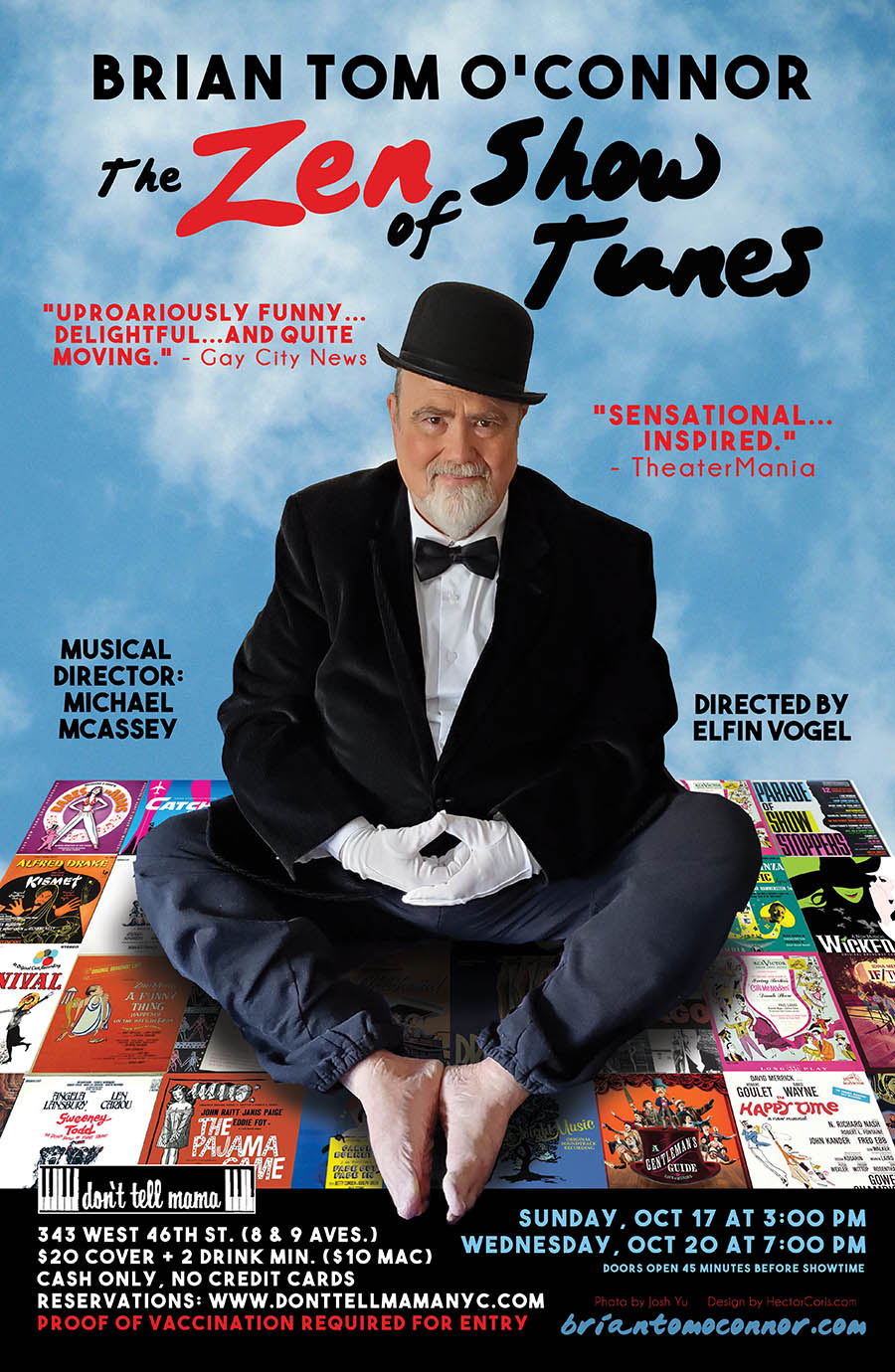 “The Zen of Show Tunes” is a cabaret romp through O’Connor’s favorite musical theater songs, some familiar, some rare, from the angle of a guy who tries to meditate but fails. He just can’t keep his monkey mind quiet. The show ranges from the tongue-in-cheek and the silly, through the dark emotions that challenge us all, and out again into the sunlight of theater music that make life worth living.

A wise old Zen master once wrote, “Light the candles, get the ice out, roll the rug up, It’s today.”

Do show tunes have mystical powers? Can laughter change your life? Do songs from musicals have secret wisdom? To find out, come and be initiated into the secret cult of Broadway musicals. Or just come to laugh and cry at the most delightful, clever, tuneful, funny, wise, cosmic, moving, and enjoyable show tunes Brian could find to help bring you to the blissed-out nirvana that only great musical theater songs can create.

With his fellow devotees on the path, crack music director Michael McAssey at the piano, and master stage director Elfin Vogel at the helm, Brian and his team are becoming one with the universe of musical comedy.

Brian Tom O’Connor is the co-creator of three hit “O’Connor & Vogel” cabaret shows with Debra Vogel – Guy & Doll, How to be Perfect, and Found & Lost. Critics have called the O’Connor & Vogel shows, “absolutely refreshing,” “thoroughly delightful,” “quite moving,” “a perfect mix between comedy and musicality,” and “true fun from beginning to end.”

Brian brings that same blend of reimagined musical comedy and heartfelt song to his solo show.

Brian is also a teacher of his own brand of playful meditation practices called “Awareness Games,” and is the author of Awareness Games: Playing with Your Mind to Create Joy, and the co-host of the podcast, “Awareness Explorers.” He’ll be mining the Great American Musical for some of that wisdom, playfulness, and humor that makes life a delight.

$20 Cover ($10 for MAC members) plus a 2 drink minimum
CASH ONLY, NO CREDIT CARDS
PROOF OF VACCINATION REQUIRED