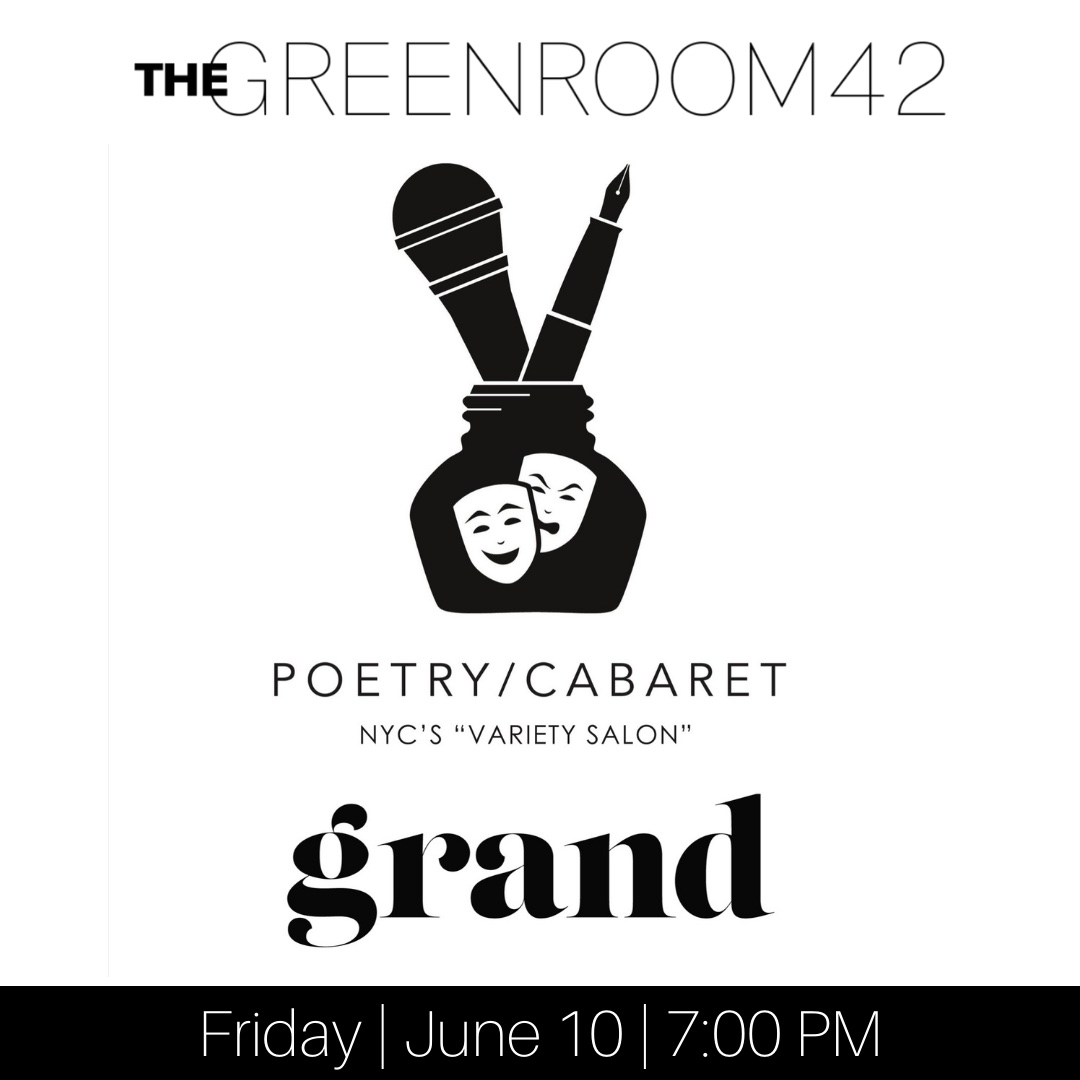 The June edition of Poetry/Cabaret—NYC’s “Variety Salon”—celebrates the first year of Grand, the Journal of One Grand Books, founded by Editor-in-Chief Aaron Hicklin. In his topical monologue, host (and Grand Contributing Editor) Thomas March will recall his grand(iose) approach to learning the alphabet. The evening will include readings and performances from (or inspired by) the journal—featuring Hector Lionel, Jubi Arriola-Headley, Jordan Ho, Joan Larkin, Ben Rimalower, and Pavar Snipe. Throughout the night, special surprise guests will appear in a special selection of dramatic readings from A Good Mixer, a virtual cocktail party in verse, excerpts of which appeared in Issue 3, alongside cocktail paintings by Valerie Mendelson. Music Director Drew Wutke will be on keys and, as always, on point.