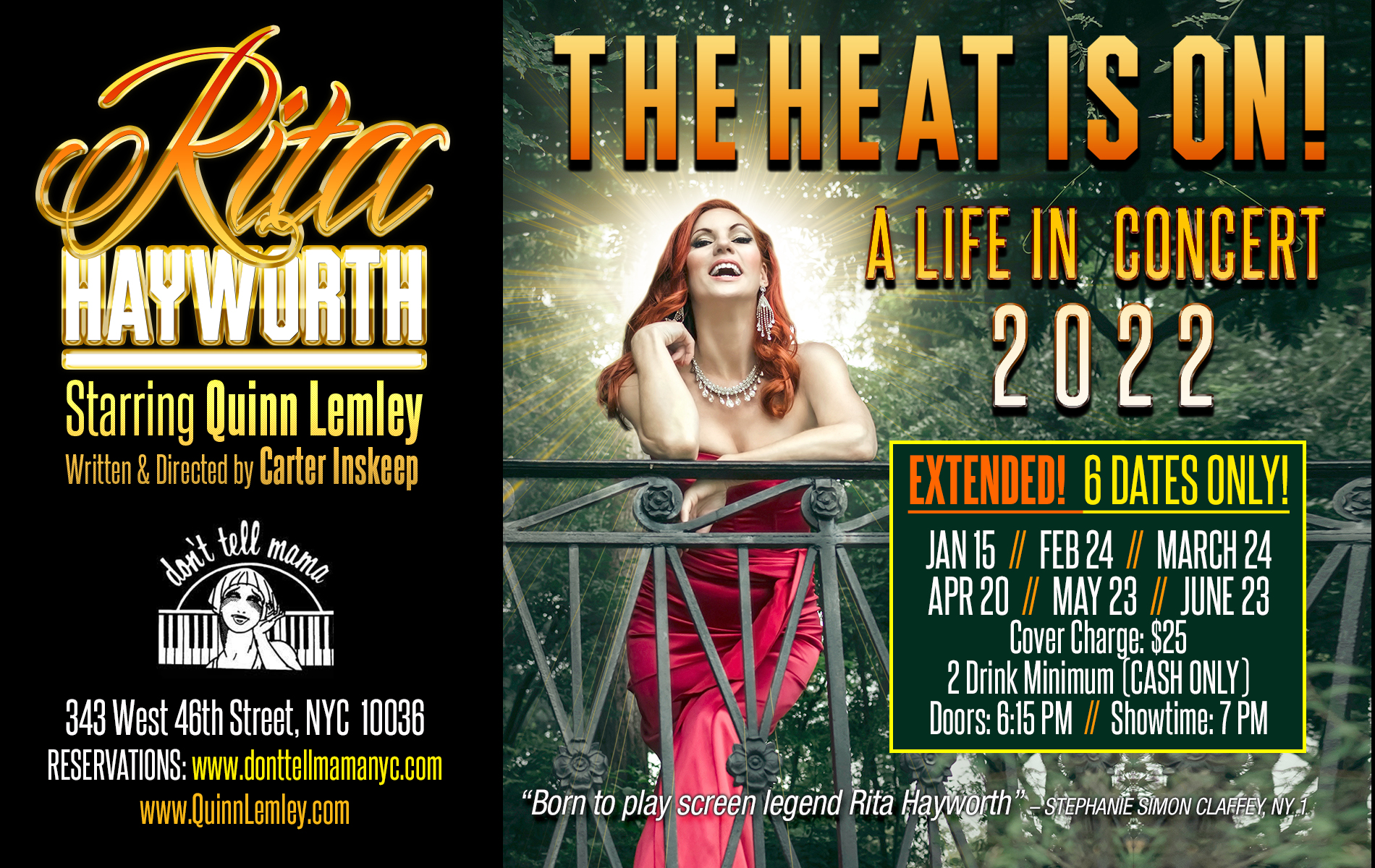 Rita Hayworth The Heat Is On! starring Quinn Lemley returns to the legendary NYC club Don’t Tell Mama for 3 dates left April 20 thru June 23 at 7 pm.