RIDING THE BUS TO THE RED CARPET 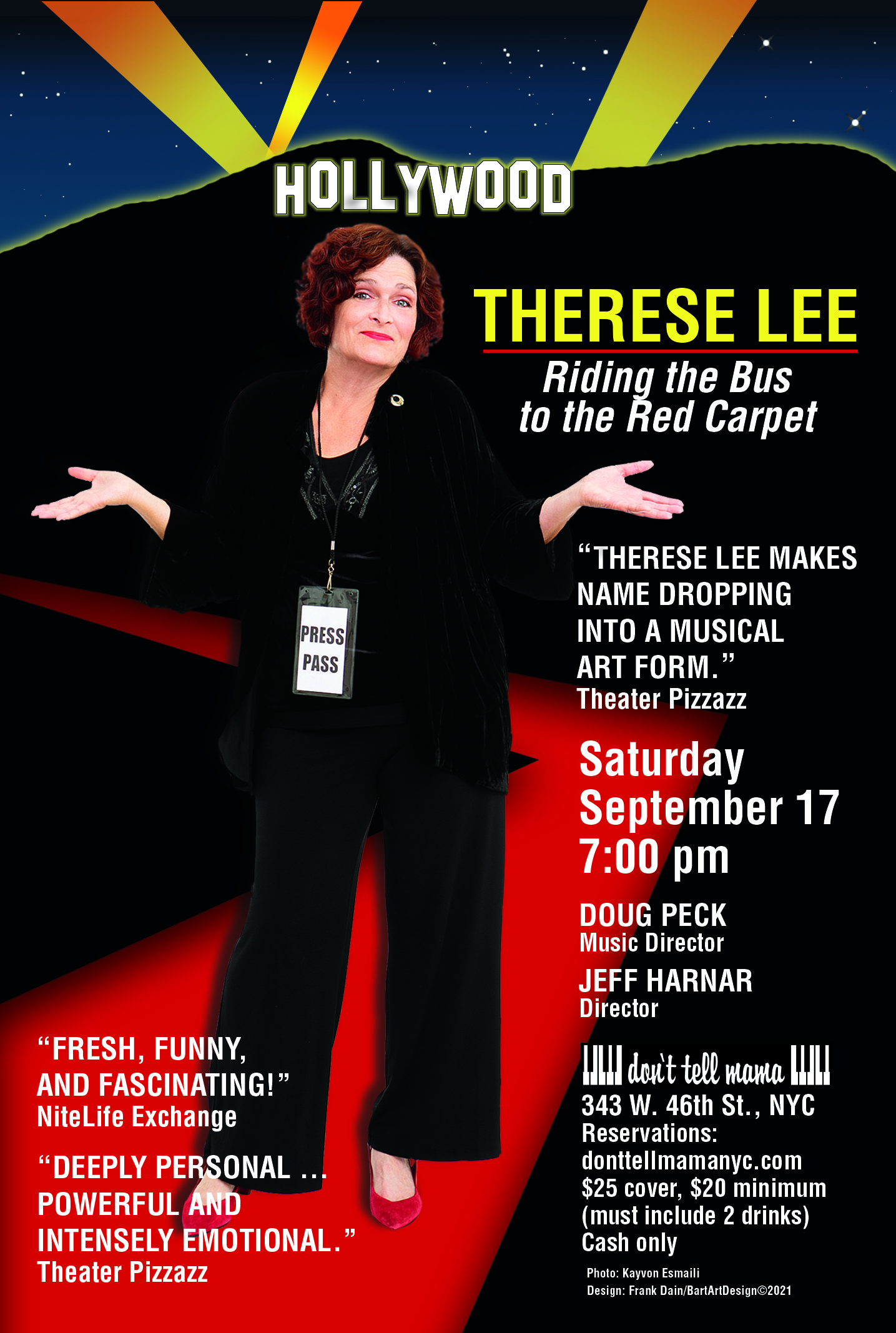 THERESE LEE  returns to New York for an encore performance of her new show, RIDING THE BUS TO THE RED CARPET.  In it, she recalls her days in Los Angeles as an entertainment reporter too broke to own a car, and shares what her interactions with some of Hollywood’s biggest stars during that time did to change her life forever.   The show is directed by Jeff Harnar and music directed by Doug Peck.