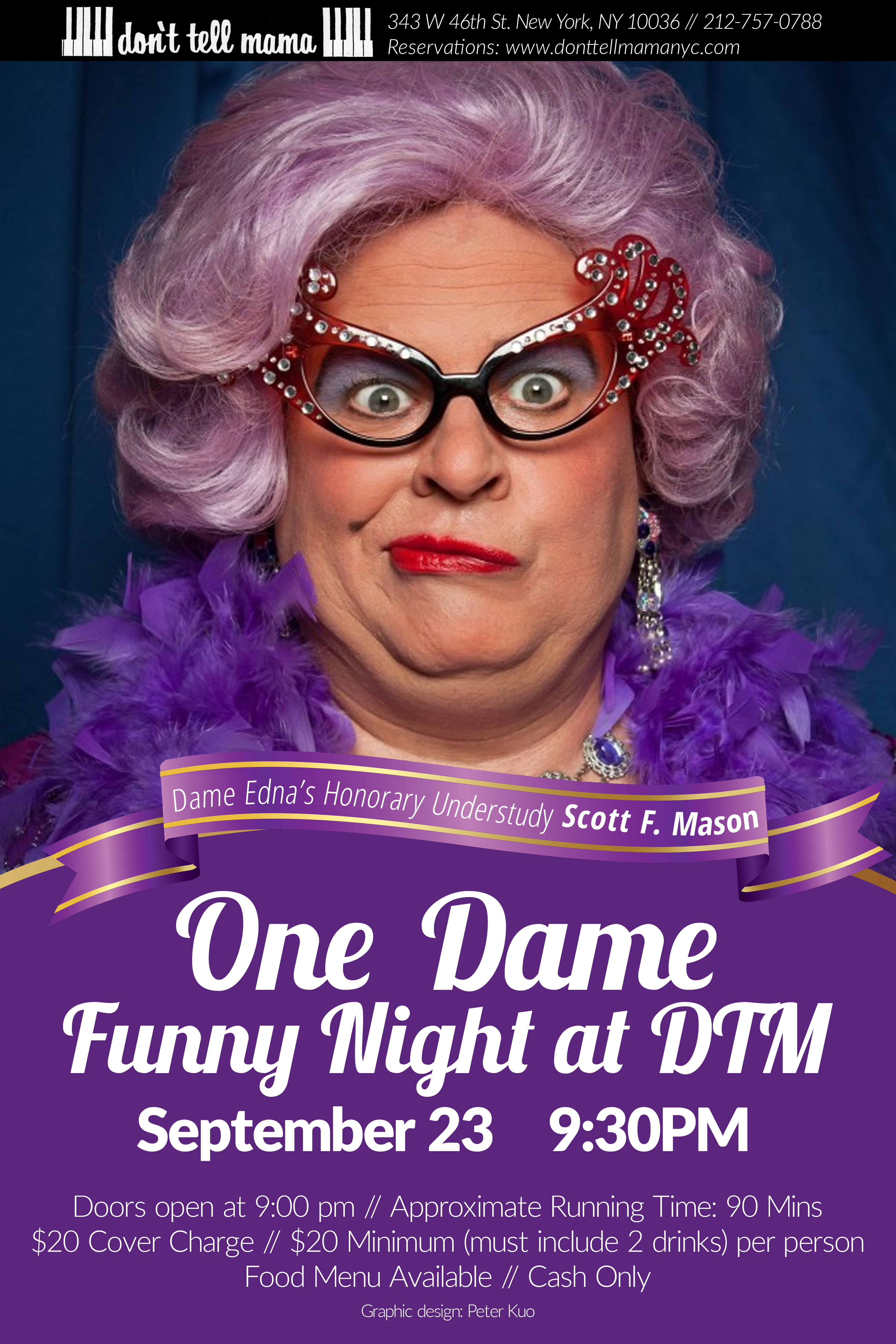 Dame Edna’s award-winning Honorary Understudy is making her NYC debut at Don’t Tell Mama! Named by the real Dame’s creator, Barry Humphries, as the Honorary Understudy in a Playbill sponsored contest on Broadway, Scott combines his own comic material with classic quips from the real Dame. Get ready for a good time and make sure you come prepared! She’s ready to share a round of hilarious zingers, double-entendre one-liners, and one never knows what to expect from her quick wit and mischievous observations of the crowd and life in America! Every show with her is a new night of comedy, or as she likes to say “a monologue interrupted by total stangers!”

Scott F. Mason has been professionally impersonating Dame Edna and entertaining audiences since 2003. He was inducted into the Sunburst Convention of Tribute Artists’ Hall of Fame for “Funniest Male” in 2011 and won Best Comedian in the Las Vegas Reel Awards in 2010 and 2012.