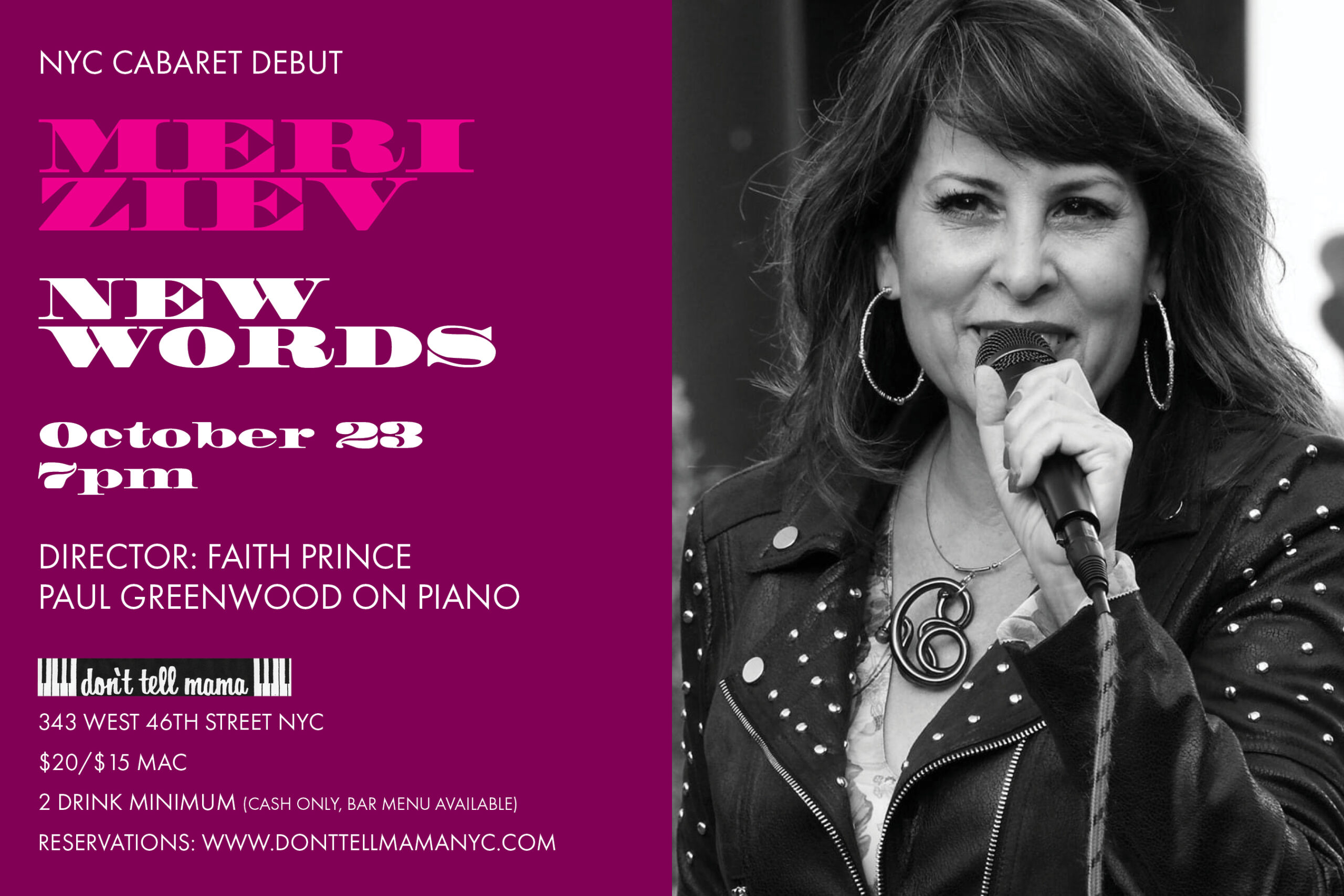 Broadway World Cabaret Award Nominee Meri Ziev spent her early childhood in NY, surrounded by art and music.  After a move to south Florida, she discovered the joy of cracking secret codes, unlocking the meanings of new words, and at just 16 years old, met a friend who sparked a compulsion to help others express themselves.  While on this path, Ziev took a detour through motherhood and musical theatre, ultimately finding cabaret – and her own voice – in the process.  Stephen Mosher of Broadway World calls Meri a “ball of sunshine”!  Come bask in her glow when she brings her critically acclaimed show “New Words” to Don’t Tell Mama, for her New York City Cabaret Debut!