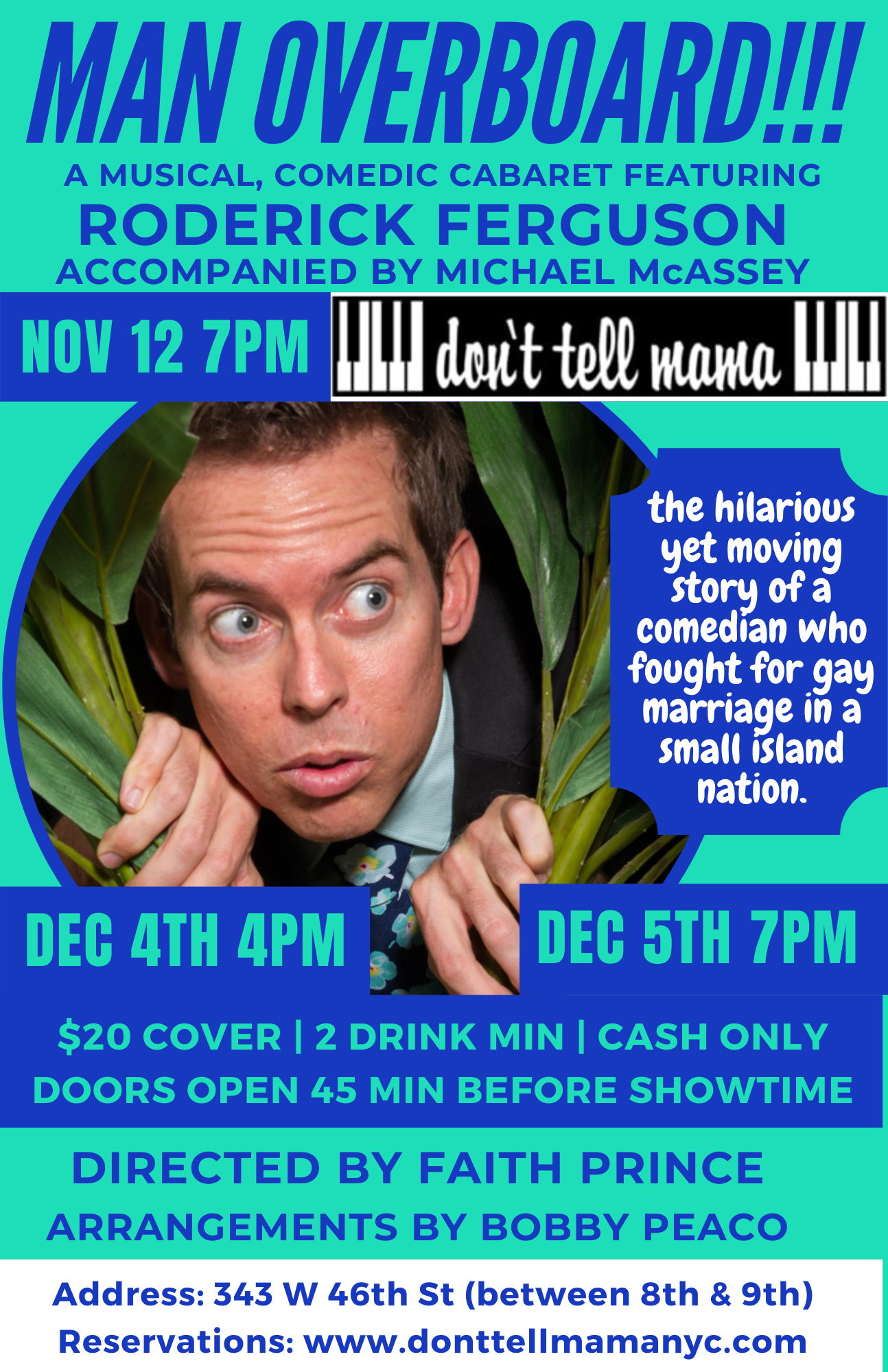 MAN OVERBOARD!!! has been described as fresh, delightful, original, hilarious, and moving, all by one confused audience member. It’s the age old tale of a closeted gay kid from Bermuda eventually coming out as a comedian, defining his own gay lifestyle, and fighting a government in an LGBTQ rights battle, but it’s told in a fresh new way! An unforgivably autobiographical story told well with lots of humor, a few songs, and a little drama. Spread the word, but don’t tell my mother we’re doing this!