Ghosts of Weimar Past– March 21st at the Birdland Theater 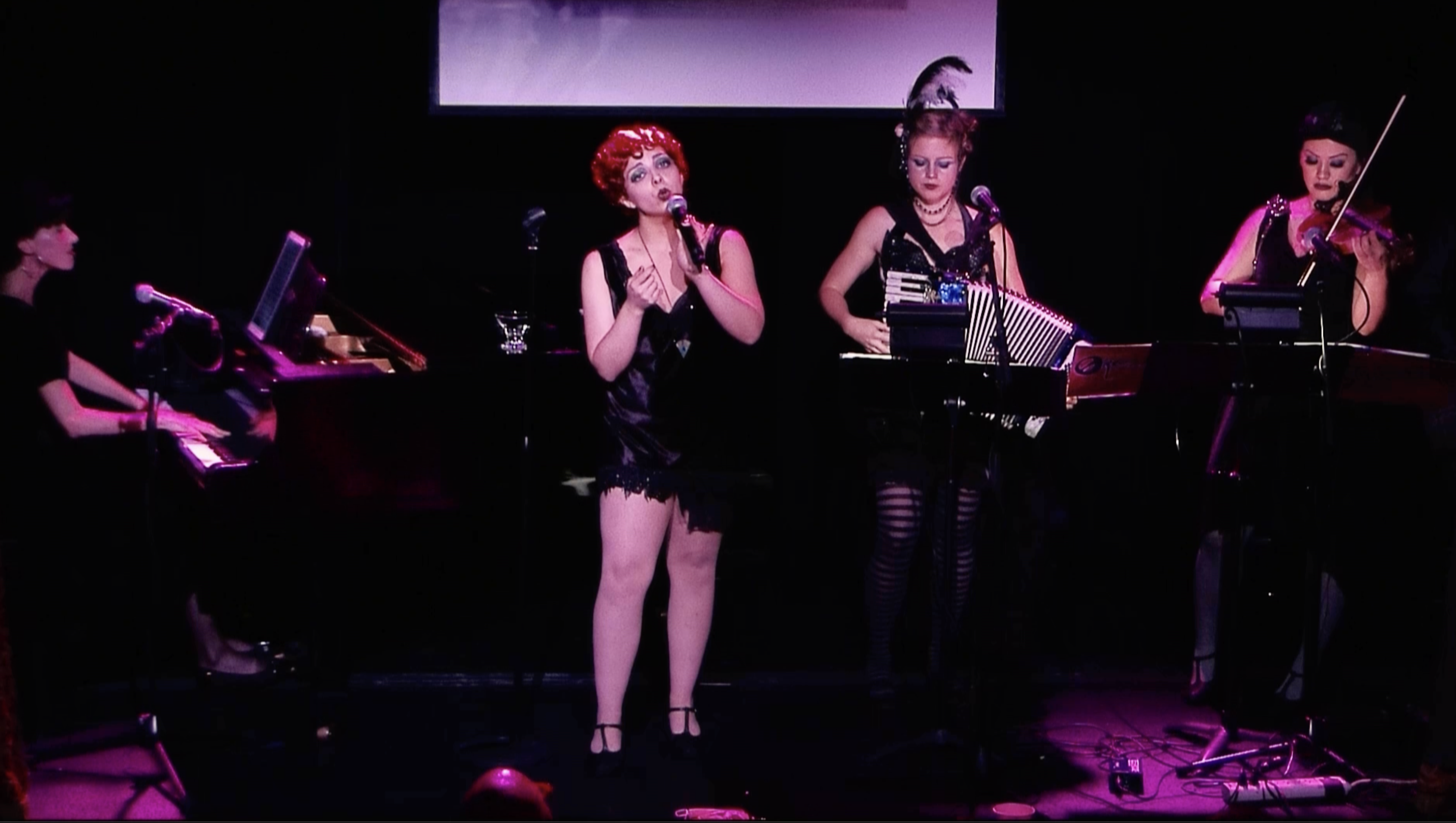 “Ghosts of Weimar Past” is a program of musical time travel, in which we honor the spirit of cabaret and vaudeville from the birth to the death of Weimar Berlin. It features an all- female cast of musical characters, including Mary Spencer Knapp (Toot Sweet, “Natasha, Pierre, & The Great Comet of 1812”, “Sex & Drugs & Rock & Roll”) on accordion, Hannah Mount (musical director at Molloy College, “Seussical the Musical”, “Carrie White”) on piano, and Tiffany Weiss (Lotus Chamber Music Collective, The Tonight Show with Jimmy Fallon, Orchestra of St. Luke’s) on violin.

Join us as we resurrect the songs of Michael Jary, Mischa Spoliansky, Kurt Weill, and more, channeled through the music of the Orchestra of the Depraved and chanteuse Artemisia LeFay.

From the gritty 20s, tumultuous 30s, and uncertain 40s, cabaret existed— most importantly, as a way to criticize and defy the faults of society. “Ghosts of Weimar Past” is full of Marlene Dietrich standards, snippets from Anita Berber’s “Dances of Depravity”, and the LGBTQ+ anthems and anti-nazi songs that were sung under the very nose of fascism.

When we study the past, we prevent history from repeating itself. What are the ghosts of Weimar Past warning us of?