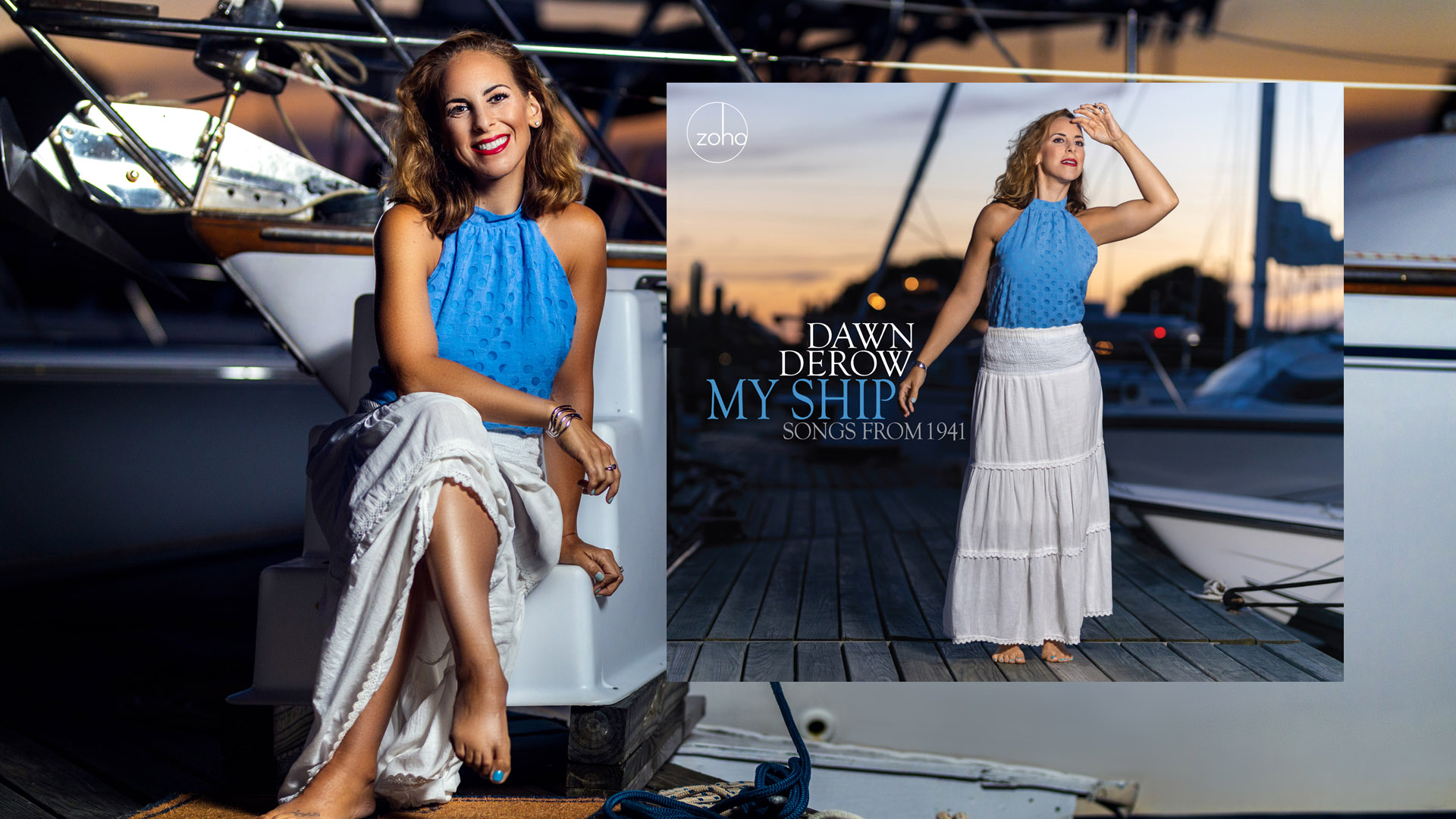 In this critically-acclaimed show celebrating her recent Zoho Music CD release of the same name, MAC and Bistro-Award winning vocalist Dawn Derow delivers a stunning homage to the classic songs and performers of the World War II era. My Ship debuted in New York City in 2017 and earned Derow a 2018 MAC Award for “Best Female Vocalist” and BroadwayWorld.com Cabaret Award nominations for “Best Show” and “Best Vocalist.”

Directed by multiple award-winning cabaret Director Jeff Harnar, with the acclaimed Ian Herman as Music Director, Dawn Derow dazzles with her interpretations of iconic songs such as “Boogie Woogie Bugle Boy,” “Lover Man (Oh, Where Can You Be?),” “Skylark,” “White Christmas,” “The White Cliffs of Dover,” and the come-hither invitation of “Chattanooga Choo Choo.” My Ship: Songs From 1941 was called “a wonderfully crafted, nearly flawless show” and “a perfect storm of entertainment” by Cabaret Scenes Magazine.

“A smart, sexy, expressive, and vocally polished woman of today, Dawn Derow evokes the year 1941 as vividly as if it were happening now.” –James Gavin

Known in the cabaret and performance community as being a versatile singer who can move smoothly from one vocal genre to the next, Dawn Derow grew up in Eastham, MA and graduated from the Boston Conservatory with a Bachelor’s Degree in Music: Vocal Performance & Opera Emphasis. She has performed around the world and in prestigious New York venues such as Rose Hall at Lincoln Center and Carnegie Hall. Derow’s 2014 album Music 4 Two with guitarist Sean Harkness earned her a “Best CD” nomination from the Manhattan Association of Cabarets and Clubs (MAC). In 2015, Derow won her first MAC Award for her work in the duo show Revolution with Kathleen France. In 2016, she employed her formidable opera singing in her solo show Legit: A Classical Cabaret and captured a Bistro Award for “Outstanding Vocalist.” In 2018, Derow won the MAC Award for “Best Female Vocalist” for her critically acclaimed solo show, My Ship: Songs From 1941, an album version of which will be released in December 2021. Last summer, Dawn introduced her new Eydie Gorme tribute show, Gypsy In My Soul, at Birdland to rave reviews and this December she was the featured singer in the Cape Symphony’s Holiday performance in Cape Cod, MA. Additional information and performance dates for Dawn Derow can be found on her website at www.DawnDerow.com.