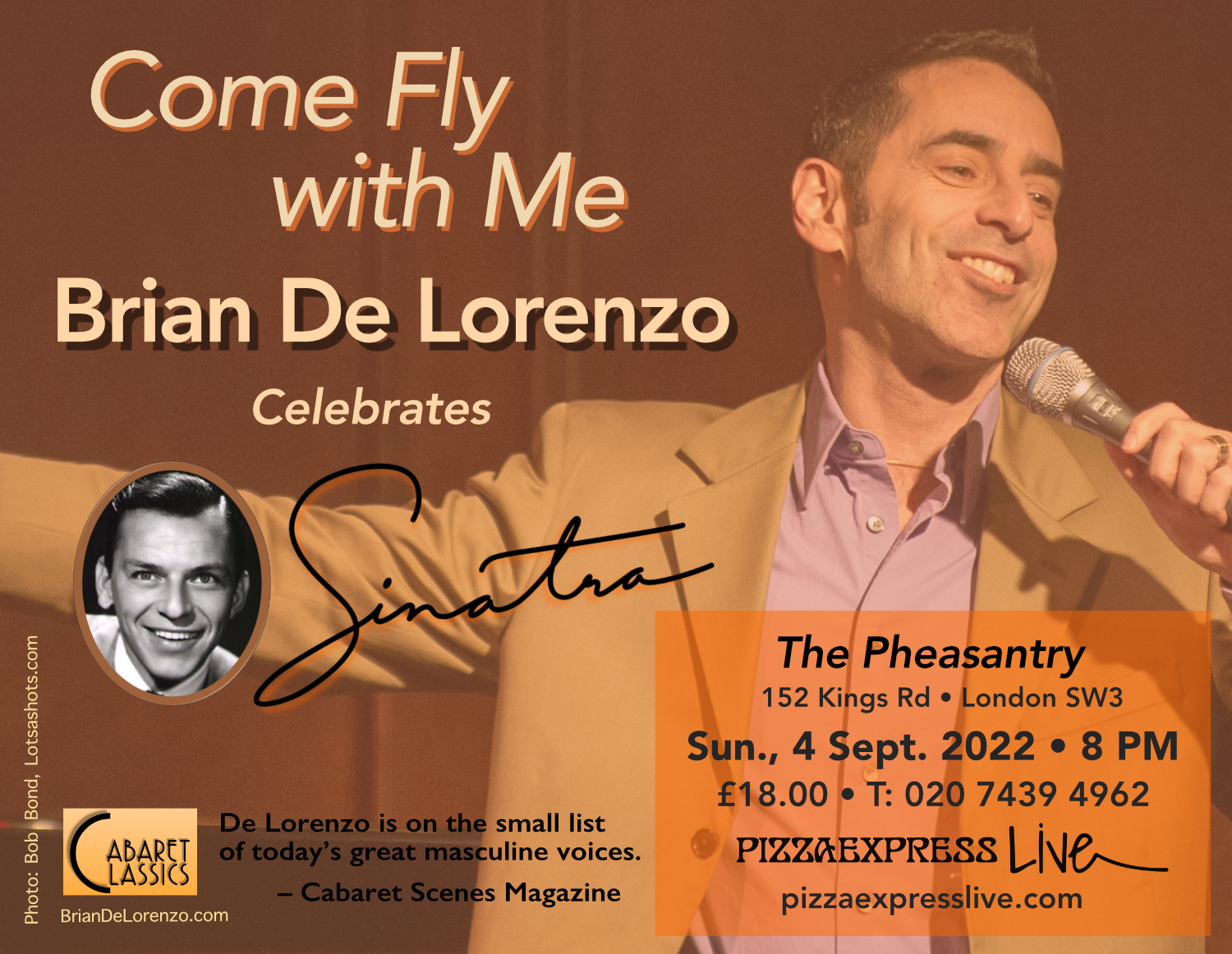 Award-winning singer Brian De Lorenzo is pleased to bring ‘Come Fly with Me’ to London, after having performed the show in New York; Boston; Rochester (NY); and Puerto Vallarta, Mexico, in celebration of the 100th Anniversary of the birth of one of the greatest singers of the American songbook, Frank Sinatra. De Lorenzo travels through Sinatra’s songbook with stops in Rome, Paris, New York, and Bombay, with a mix of swing and romance, featuring fresh arrangements of ‘Old Blue Eyes’ best songs including ‘Fools Rush In’, ‘The Best Is Yet to Come’, ‘Luck Be a Lady’, and of course ‘Come Fly with Me’. The show was named one of the ‘Top Ten of New York Cabaret 2015’. Renowned jazz pianist Simon Wallace will accompany Brian.