With all the spark, wit, and snap that are hallmarks of her performances, vocalist and composer Carolyn German showcases both her unique song-styling and her flair for comedy.  “Unsolicited Advice” delightfully features German’s own tunes, filled with her inimitable musical blend of hilarious moments and humble insights, and highlighting her comedic musical story-telling finesse that her audiences love. Broadwayworld.com’s Stephen Mosher says, “With showwomanship for days and an exciting vocal instrument, Carolyn German is easily one of the most entertaining storytellers you’re likely to catch in concert.” German is impeccably accompanied by Music Director Ian Herman on piano, and Tereasa Payne on flute. 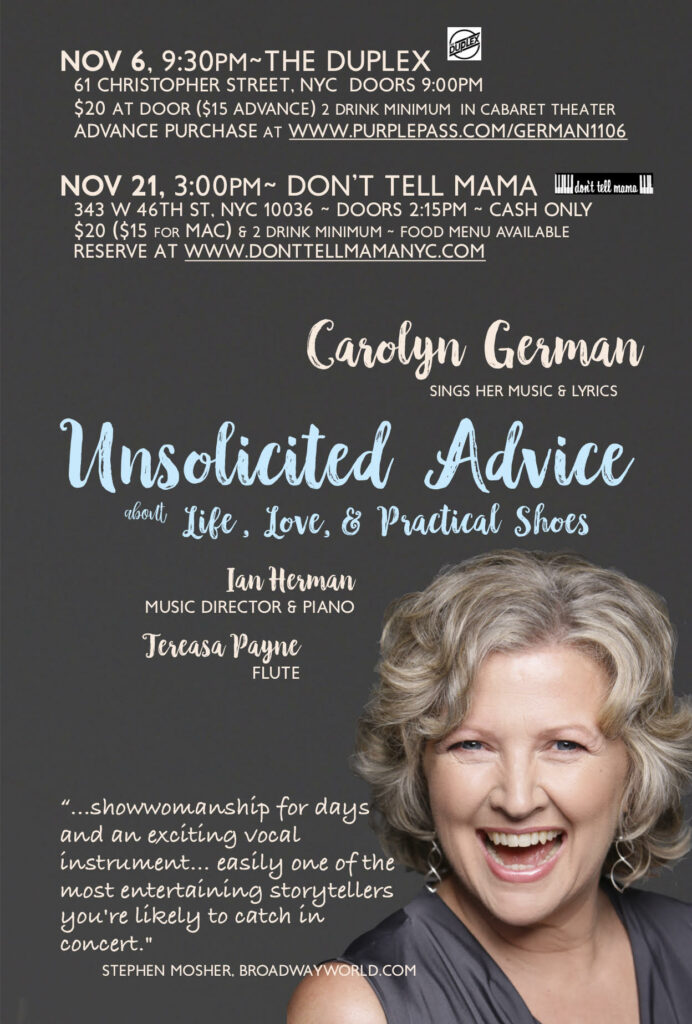