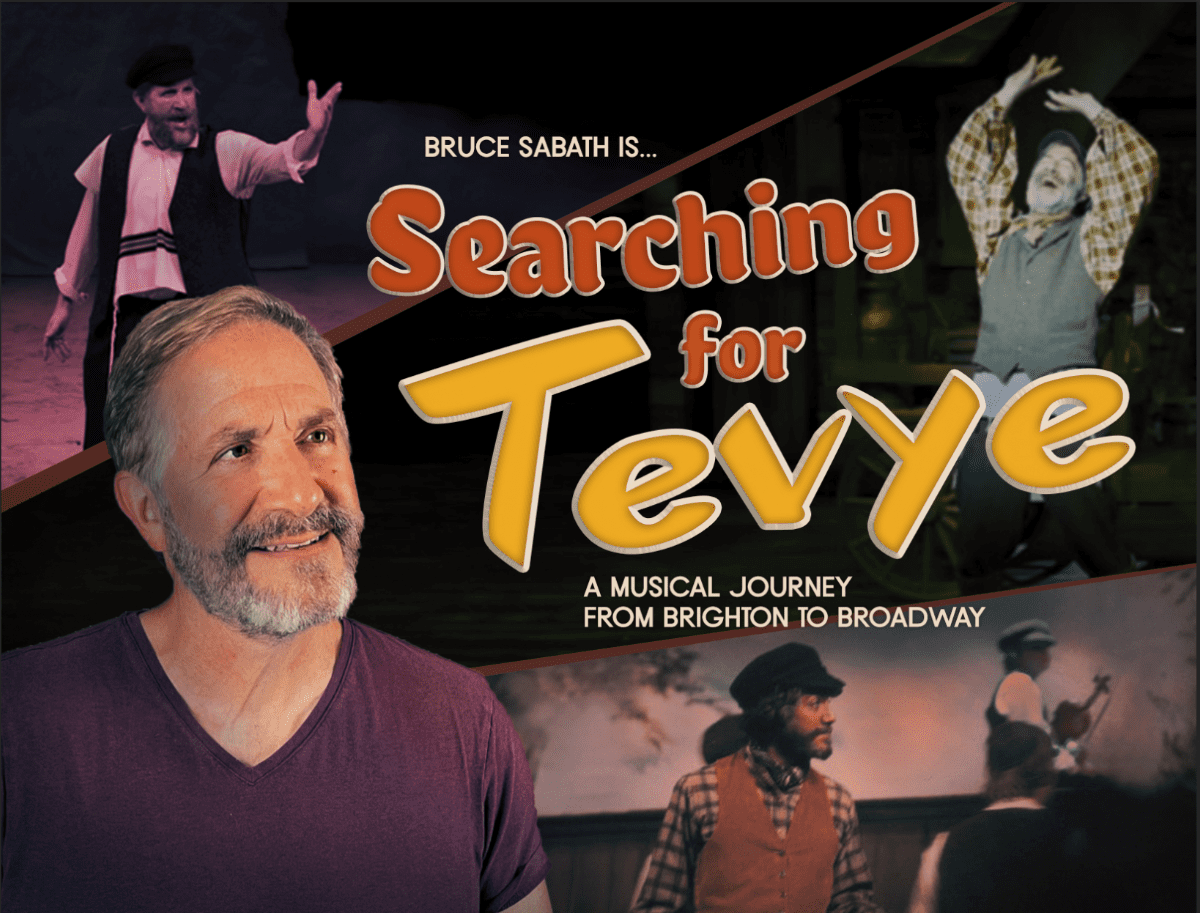 Bruce Sabath: Searching For Tevye
A Musical Journey From Brighton To Broadway

BACK BY POPULAR DEMAND!

Bruce Sabath has made a name for himself on Broadway and Off-Broadway in Stephen Sondheim’s Company (Tony Award, best Revival), Cagney the Musical, and most recently, in the acclaimed New York production of Fiddler on the Roof in Yiddish. But it almost didn’t happen. In his inspiring, MAC Award-nominated show, Bruce shares music spanning folk rock, American Songbook, and musical theatre classics from Sondheim to the strains of Fiddler, to tell how a theatre kid from Rochester, NY ditched a booming Wall Street career to pursue his dream of becoming an actor.

With Ben Kiley & The SFT Strings

“Absolutely one of the most charming shows of this cabaret season.” Stephen Mosher – Broadway World