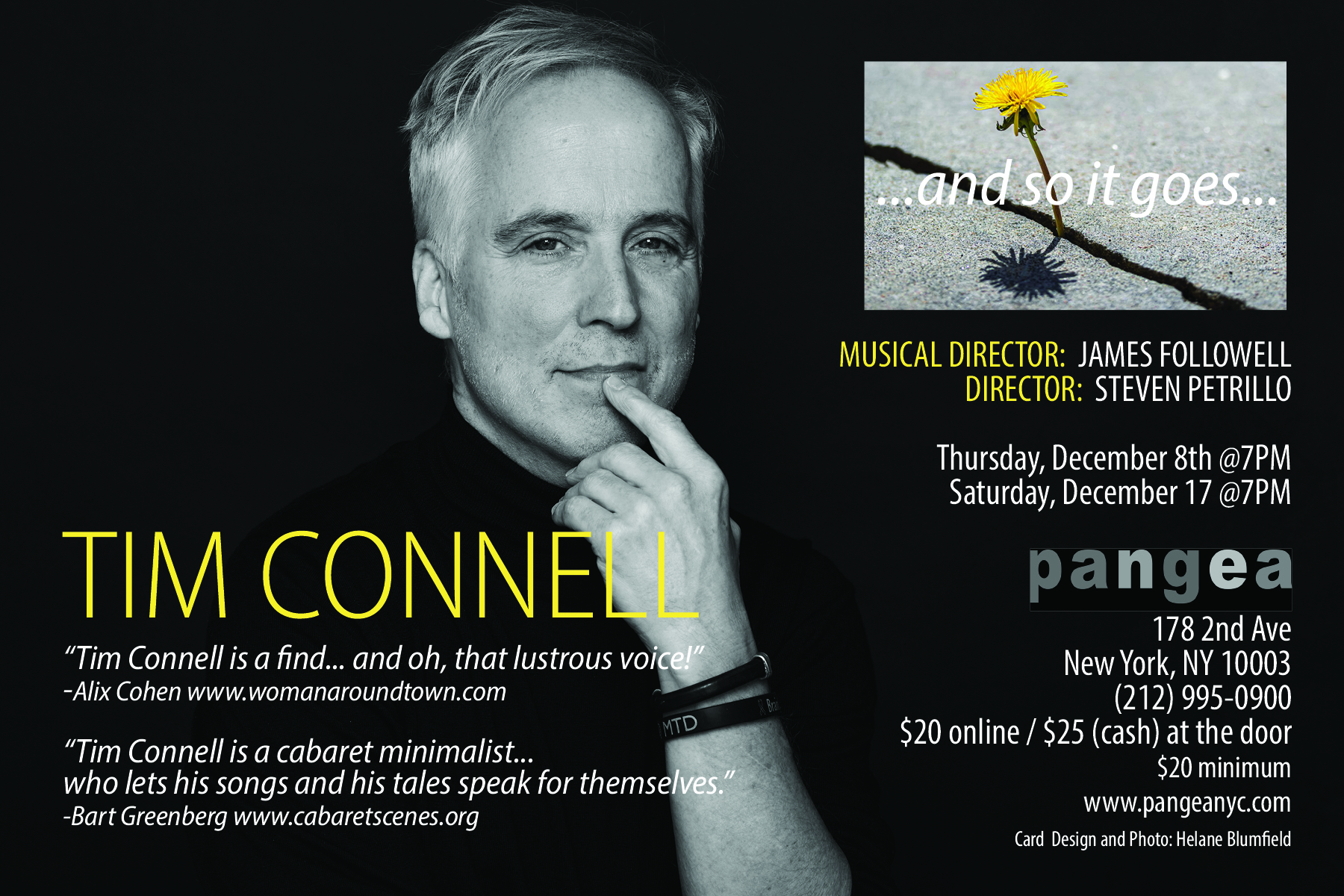 On the list of performers to definitely look for in the Cabaret and Concert world in 2022 by Broadwayworld.com’s Stephen Mosher is Tim Connell, who returns to Pangea for a third time this year with “… and so it goes…”.  He is joined with his longtime collaborator and invaluable Musical Director James Followell and guided by the deft eye of Director Steven Petrillo. Connell always imbues his cabaret shows with his natural abilities of storytelling, musicality, and humor.  The evening will be a musical musing on life as we collectively navigate the current moments.  Songs included from artists such as Bruce Springsteen, John Bucchino, Jason Robert Brown, William Finn and more.

“Tim Connell returned to the cabaret stage Tuesday night with a new show titled DREAMIN’ AGAIN, and … he wasn’t the one doing the dreaming on Tuesday – the audience was. And in that dream, they were happy, satisfied, fulfilled, and they didn’t want to wake up. That is the power of a great cabaret show. And Dreamin’ Again is a great cabaret show.”

“Tim Connell is … a good example of a performer who shares his personal experience with the audience in the right way, where we enjoyed the chance to get to know him artistically and personally.”

“The powers of a song; the lyrics and inflections, and a voice, a performer who can harness those powers so astutely, so precisely, with clarity and ease, is “Dreamin’ Again” at the Pangea and starring creator and performer, the affable, marvelous, and mischievous Tim Connell.”