An Elpee’s Worth of Todd 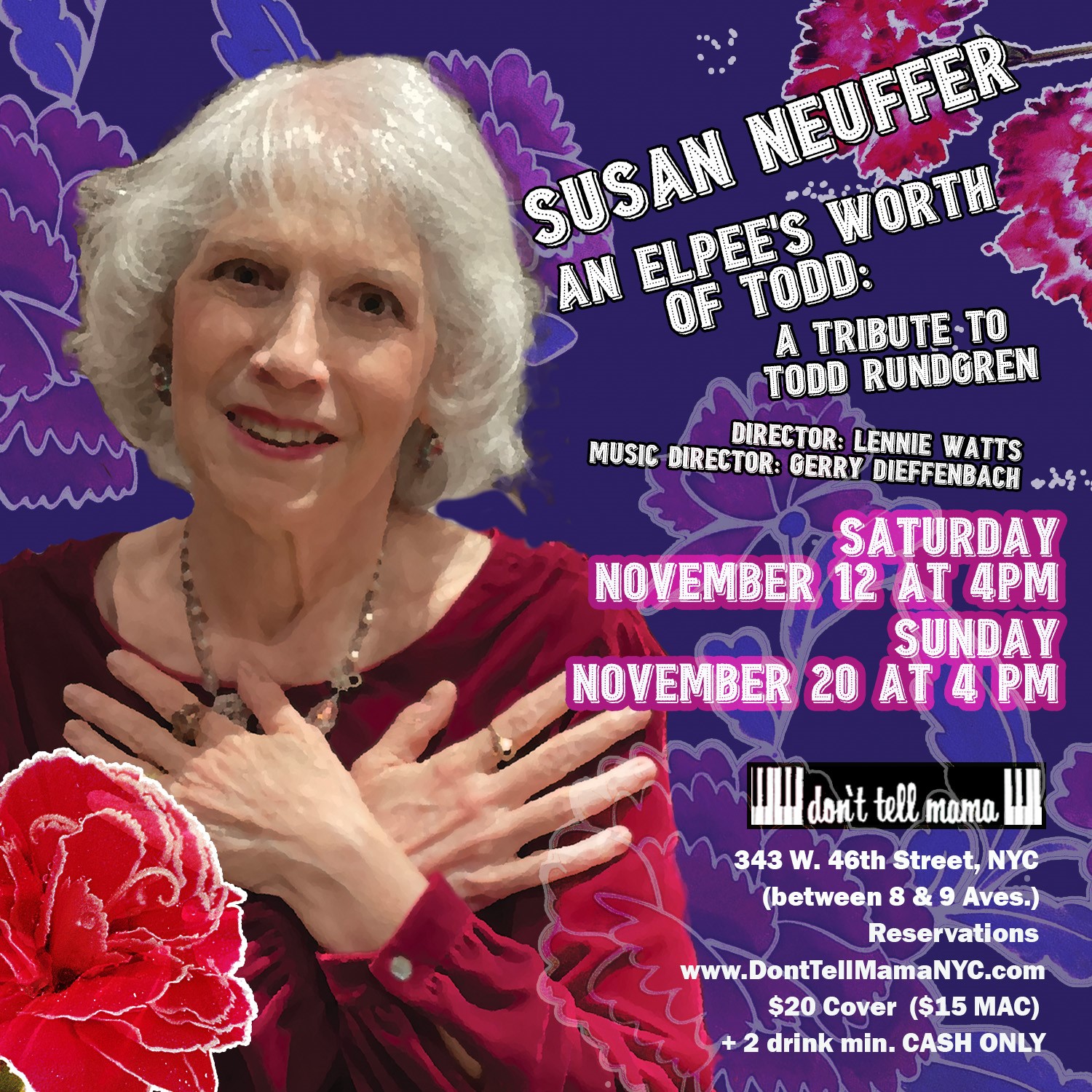 Susan Neuffer returns to the cabaret stage with a reprise of her show, “An Elpee’s Worth of Todd”, directed by MAC award winner Lennie Watts, with musical direction by MAC award winner Gerry Dieffenbach. Ms. Neuffer will appear at Don’t Tell Mama, on Saturday, November 12 at 4:00 PM and Sunday, November 20 at 4:00 PM.  Cover charge: $15.00 for MAC members plus a 2-drink minimum.  Reservations: www.donttellmamanyc.com.   Susan’s show is a tribute to the multi-talented Todd Rundgren. This has been a big year for Todd fans – not only does 2022 mark the 50th anniversary of the album Something/Anything, but also the year that Todd was inducted into the Rock and Roll Hall of Fame! And Susan is celebrating by presenting some tuneful gems – mostly from Todd’s early albums – and some “Todd-adjacent” artists.  She will share the stage with Music Director and Arranger Gerry Dieffenbach on piano and vocals, Wendy Russell on vocals and Louis Tucci on bass.