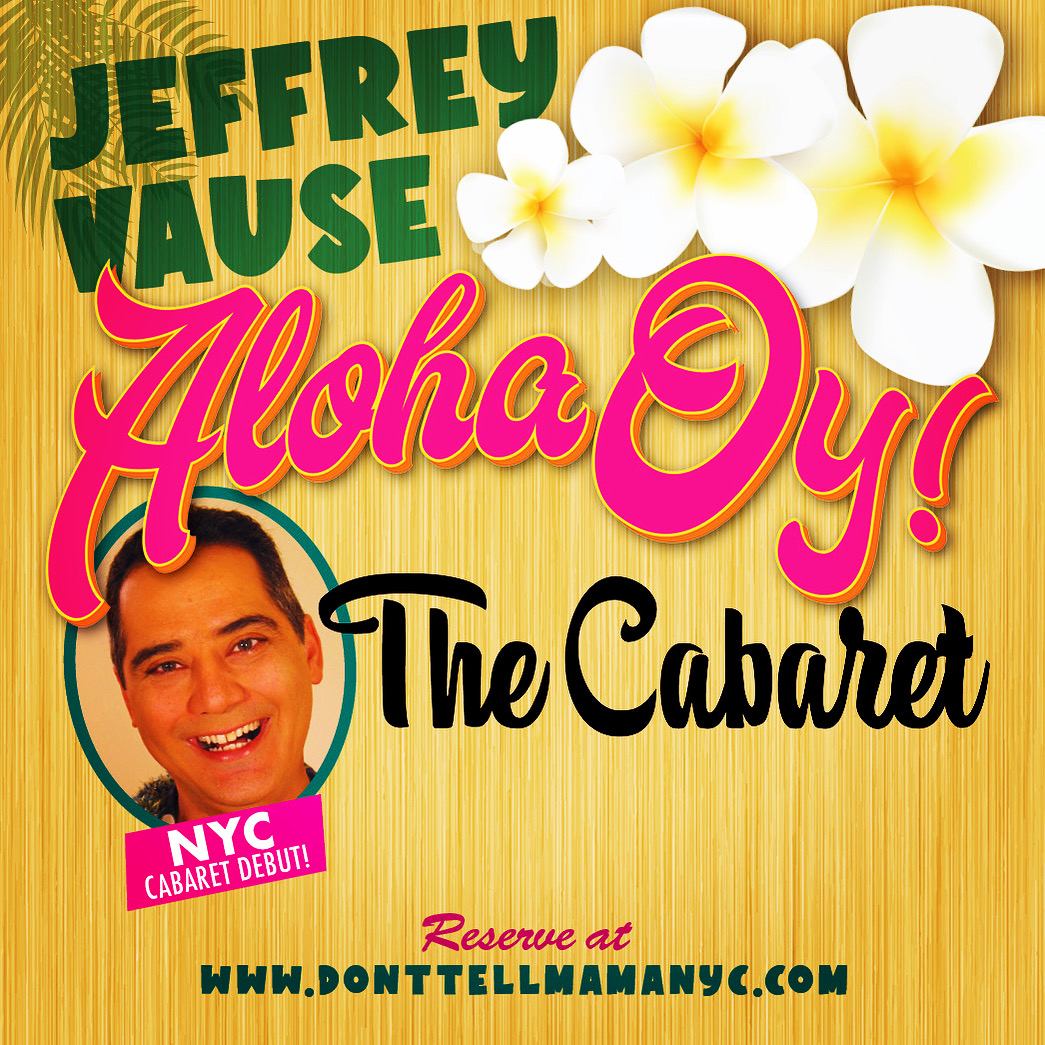 Written and performed by JEFFREY VAUSE http://www.jeffreyvause.com, with musical direction by JOHN BOWEN, this cabaret act explores through songs and stories Jeffrey’s journey from an innocent young performer who grew up in Honolulu, Hawaii to his eventual move to New York City – Featuring music by Bacharach/David, Irving Berlin, Stephen Sondheim, Jerry Herman, Maltby/Shire, Edward Kleban, Marvin Hamlisch plus others, this delightful show will take you from the most beautiful island in the world to the most exciting one!

Its the show that answers the burning question: when you’re from paradise why would you ever wanna leave?